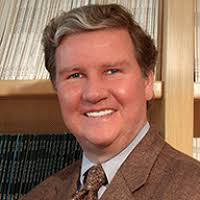 Ian A. Cook, MD, is the Chief Executive Officer of BrainCloud. He is also a psychiatrist in private practice in West Los Angeles and a co-inventor on multiple patents regarding neuropsychiatric therapies.

He joined the company on July 1, 2018 at the invitation of its founder and Chief Technology Officer, Alex Podobas, and brings formal training in medicine and engineering, a track record of leadership roles in academic medicine, and practical experience in a life sciences start-up.

Ian held multiple positions at UCLA between 1995 and June 2018. These include elected Chair of the Faculty at the UCLA School of Medicine, Chief Translational Innovation Officer at the Semel Institute for Neuroscience and Human Behavior, founding Director of both the UCLA Depression Research and Clinic Program (2006) and the TMS Clinical Service (2009), the first Miller Family Endowed Chair in Depression Research, and full Professor in both Psychiatry and Bioengineering Departments.

He advised numerous pharmaceutical and medical device companies while he was at UCLA. From 2014 to 2016, he took a leave of absence from academia to serve as Senior VP and Chief Medical Officer of NeuroSigma, Inc, a medical device company that had licensed some of his neuromodulation patents from UCLA for their core products. Clinical R&D, regulatory affairs, physician and patient education, and support for reimbursement and project launch strategies were among his responsibilities, along with serving on the drafting team for SEC S-1 filings for their IPO and being a member of the roadshow team.

Ian was engaged in the use of information technology in health care over the past 25 years at UCLA, and was the Founding Director of the Academic IT Core at the UCLA Neuropsychiatric Institute. He was also Chief of Staff at the Resnick Neuropsychiatric Hospital, where guarding the privacy and security of some of the most sensitive kinds of patient-related data has been a central concern.

He received his B.S.E in Electrical Engineering and Computer Science from Princeton University, magna cum laude, and his M.D. from the Yale School of Medicine; he completed residency and fellowship training in Psychiatry at UCLA before joining the faculty in 1995. He has been elected a Distinguished Fellow of the American Psychiatric Association, and is a member of the American Association for Technology in Psychiatry (AATP), Tau Beta Pi, and Sigma Xi. Ian was elected to the Board of Directors of the Clinical TMS Society in 2013, the year it was founded. Previously, he had served for many years on the Executive Committee on Practice Guidelines of the American Psychiatric Association, leading their work in electronic dissemination of evidence-based guidelines in psychiatry. 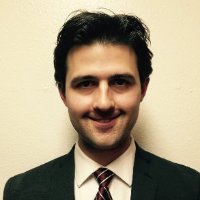 As Chief Technology Officer, Alex oversees all software development, infrastructure and security operations, and technology strategy for the company. With over a decade of technical experience in information security (blue team and red team) and web stack infrastructure seven years of experience in Laravel web application development, and formal training in law, this unique background guides his deep belief in creating and maintaining secure healthcare applications.

Before entering the private sector, Alex worked at UCLA's Information Security Office from 2008 - 2016 (with a consulting role after) as the University's lead penetration tester. This largely involved finding vulnerabilities across campus departments, researching and implementing remediations, assisting in e-discovery, and providing pragmatic data protection advice to relevant stakeholders at UCLA and other University of California campuses. Wanting to focus on and explore healthcare information security, he accepted an offer at UCLA Health, specifically in the Semel Institute's Neuromodulation division. From mid-2016 to January 2018, he developed cloud-based software to manage a large outpatient psychiatric practice, overhauled the division's technical data protection and detection capabilities, especially in implementing sophisticated monitoring tools. Both during and after his time working for the University of California, Alex has also provided cybersecurity services for numerous private sector clients. His consulting engagements have included two law firms, a large institutional investor, a federal defense contractor, a hedge fund, and an industrial manufacturing plant. These involved vulnerability and penetration testing against internal applications and networks and the implementation of defensive technologies to detect anomalous patterns in log, netflow, and system-level events.